When shooting big bore airguns you better make your own bullets. Shooting bullets, bought bullets that is, is a pretty expensive hobby. You better make `m yourselves. For those missing the opportunity to cast there`s a link at the bottom of this page. Over the years i had various big bore airguns and at this moment i have two, the UZGOOB HmdB1 .308 and the good old Shinsung 201S. The melting pot i have is a pretty old one, but it is a great one. It`s a Lyman Mould Master Model 61 with mould guide! It dates from the very early seventies and holds 12 pounds of lead. 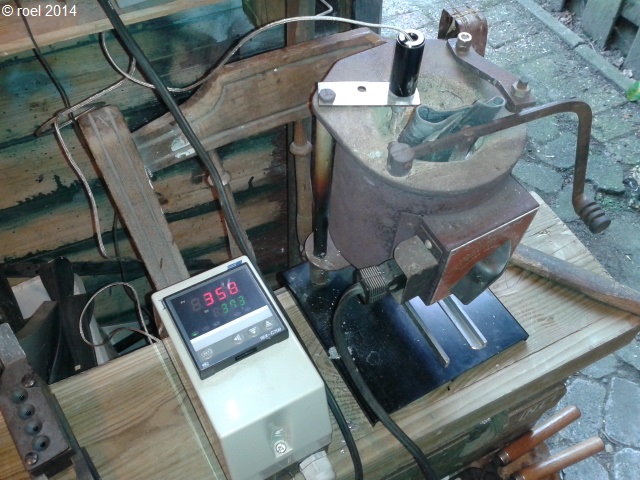 The trained eye sees the Lyman has undergone some changes. The thermostat broke down. A bloke i know (Big Bore Broossie) made a digital thing for me working with a thermocouple and a display with some buttons the change the temperature in steps of 1 degree Celsius.. You see the mold guide. I`m using lead with a minimum of tin in it. Tin makes lead poure better, it makes it a bit more fluid so to speak. And offcourse tin makes a bullet harder, but the amount of tin i `m using does hardly effect the hardness of the bullet.

To obtain bullets wich are all the same seize and weight they need to be sized. There are sizers in al sorts. I am using a Lee press and sizers. The Lee press is tough enough to last and the Lee sizers last even longer and are affordable for everyone.
Lee press and sizers are best used upside down. It works a lot faster that way! I am using Lee Liquid Alox for lubing. There`s no specific reason for that, i have a lot of that stuff and it works good. There are many recepies for lube. 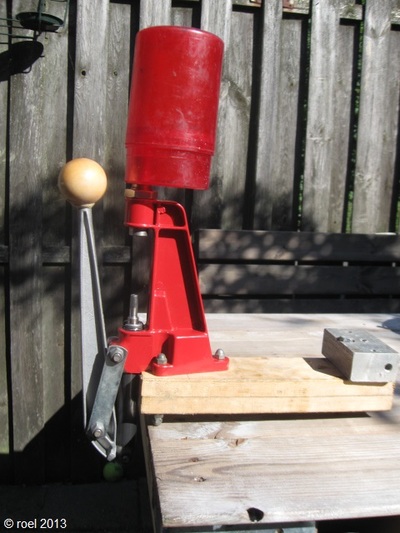 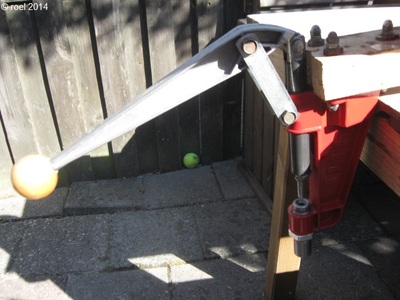 There are many different mold makers. From low priced aluminum molds to very expensive steel molds. The steel ones last longer, they are better made and, as i just said, much more expensive. I have three steel Lyman molds and i have got a few aluminim Lee molds. Aluminum heats up pretty fast, that`s good. The screw that holds the sprue plate comes loose after a few hours of casting. That`s annoying. Steel molds do not have that problem. The screw that holds the sprue plate is secured by al little screw. That`s better innit?
Molds need to be sooted. Hold a gaslighter under the mold and blacken it. Soot is taking out miniscule small imperfections out of the surface of the mold and bullets tend to come easier out of the mold. 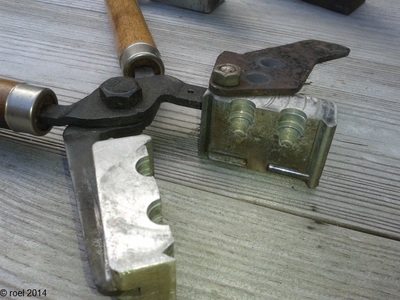 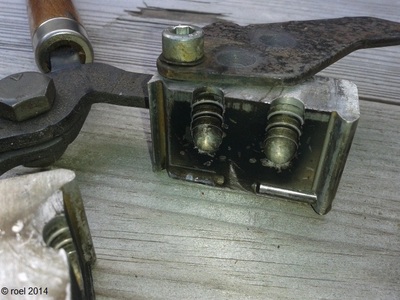 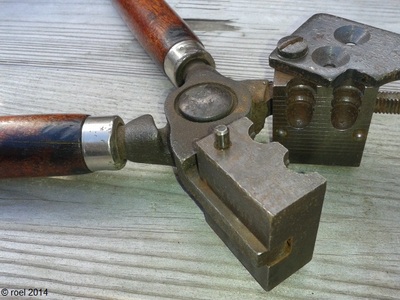 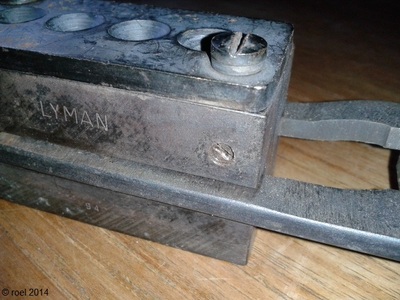 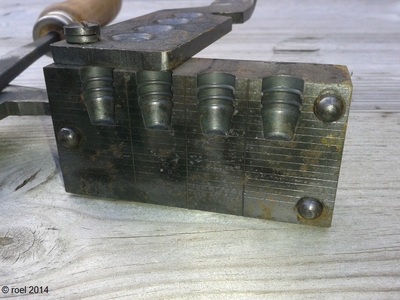 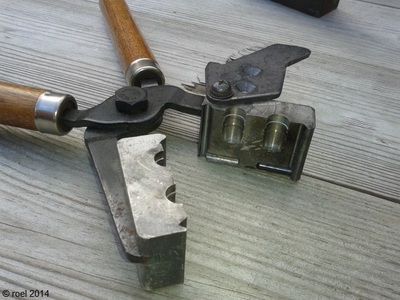 I`ve got more various bullets than the molds pictured above. There`s a lot of hobby casters over here and most of `m are willing to sell some of their products.  I`ll show you wich bullets i am using. 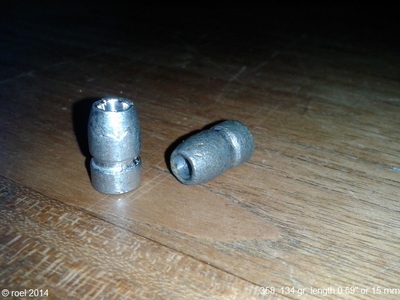 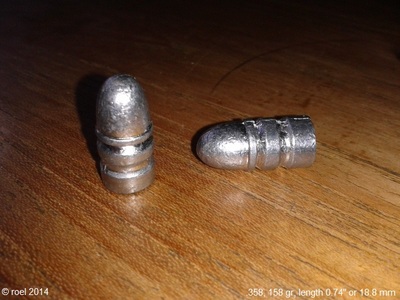 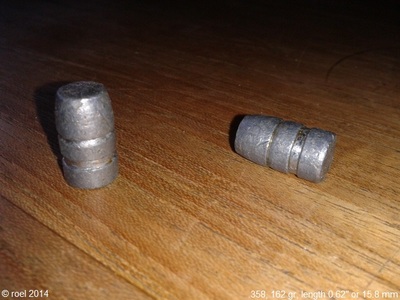 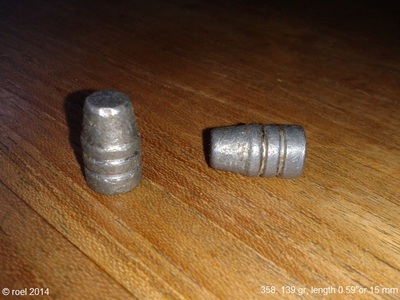 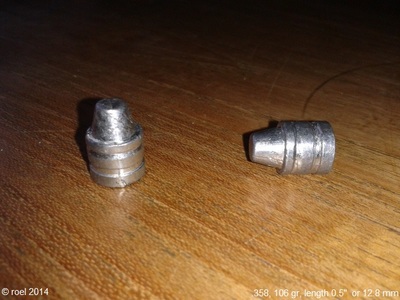 And  there are various .308 bullets too! The two on top are the best for the UZGOOB HmdB1. 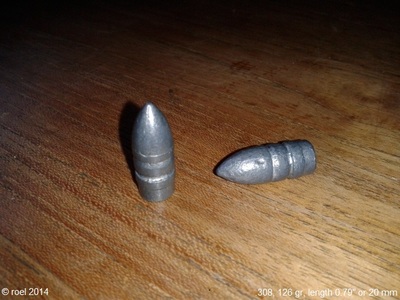 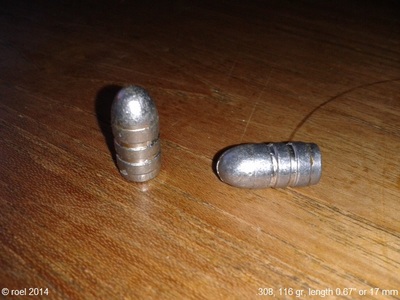 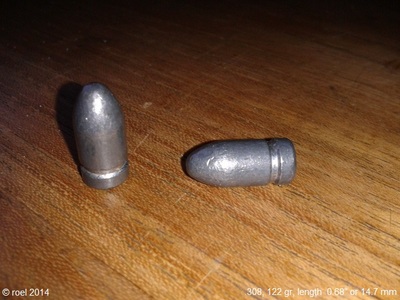 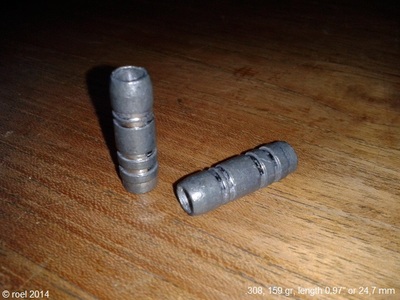 Awrite, gotcha interested? For casting you have seen most of the materials now. There are some things you didn`t get to see you`ll need when it comes to casting some bullets. You need some flux to undo the molten lead of dirt and impuritys. There are various ways to flux your lead but the most common substance is the wax of a candle. A drop of flux as the size of a pea, that`s enough. It smokes like hell is coming and when there`s too much flux in the lead it starts to burn. 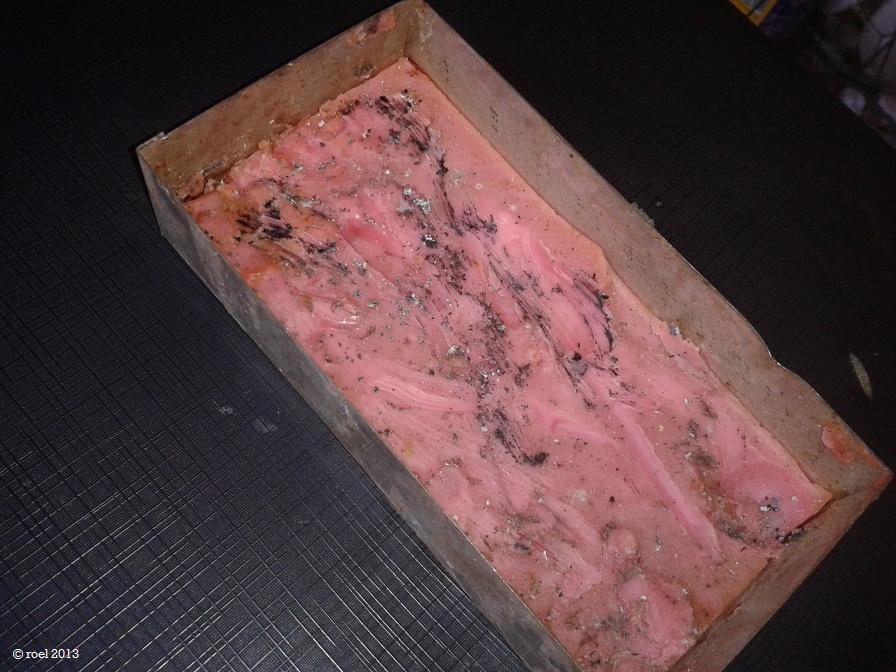 Lead should have a temperature of around 775 to 800 Fahrenheit or around 400 Celsius, it depends whether you use 100% lead or a mix with tin or something else.
http://www.rpsolutions.nl/
For the non casters of the world there is a new professional bullet caster in the Netherlands. RPSolutions, strictly for airgunners.